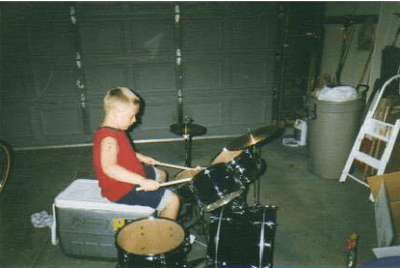 Anthony Friedli is a 25-year-old musician, producer, and event producer from the Chicagoland area. He is a co-coordinator of "Crystal Quest: Gems, Art, Music & Camping Festival", he is the host and founder of a weekly "Open Jam Night" in Cary, IL, he is a freelance studio and fill-in musician (primarily drummer), and he throws concerts of various types independently around the Chicagoland area.

Private Instruction:
Has performed and/or played drums with bands such as: